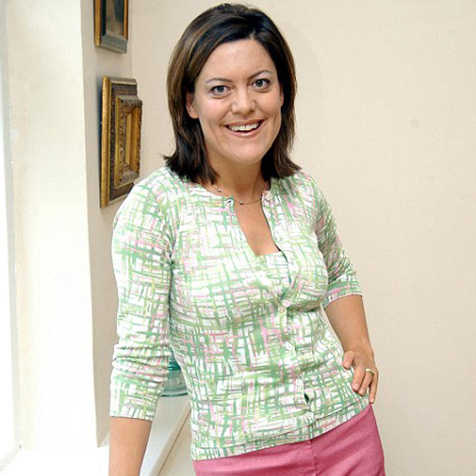 “After the first session, I burst into tears because my Trainer promised me I was going to be pain free and for the first time in years, I believed him.”

For two years Journalist and Author Anna Pasternak couldn’t wear high heels, swim or drive without a stabbing pain in her lower back. She spent entire days lying on a hot water bottle with Nurofen patches stuck to her back in an effort to ease the nearly constant pain.

The cause was a damaged sacroiliac (SI) joint, probably as a result of weakened ligaments during pregnancy (a common cause), combined with too much driving and constantly picking up and lugging around a growing child, and more recently, an aged fat dachshund. It didn’t help that as a writer, she spends hours sitting at a computer screen.

Sacroiliac problems, and the intense pain that follows, are often triggered by the bend and twist action of lifting children, suitcases or heavy shopping. An estimated 25% to 40% per cent of lower back problems are related to this joint.

Anna had tried a number of options to ease the acute pain, including regular osteopathy and classic Pilates. Whilst both helped temporarily, any sudden movement or twist could put her out of alignment again, and she never felt that the SI problem was cured.

Finally, she was introduced to Ten and its Circle of Care, embarking on a combination of Physiotherapy and Dynamic Pilates.

Unlike the traditional industry model Ten’s Trainers and Therapists work side by side, sharing knowledge, insights and client history, and working together to apply the right mix of complementary skills and expertise at each stage of the client’s treatment and training.

The initial assessment showed that Anna’s pelvis was out of alignment, with the left side higher than the right, rotating the position of her spine to the left. The Ten team also realised that following Anna’s initial injury, the body’s natural protection mechanism had activated the surrounding muscles in an attempt to protect her back from further injury. But as a result, the muscles in her bottom – her gluteus – were almost redundant and therefore not stabilising the back, and that a lot of her pain was because the muscles were so weak.

The first course of action was to mobilise the damaged joint using massage and special stretching exercises and return it to a neutral alignment – her back was taped with strapping tape to support it, and to help keep the pelvis in a neutral position.

After four sessions, the position of her spine had been corrected.

Anna then began a combination of one-on one and class-based Dynamic Pilates sessions to re-educate and strengthen her muscles.

Dynamic Pilates proved to be unlike any Pilates class she had ever experienced: “You’re pushed past the limit of your pain threshold to what feels like exquisite agony. You work until your muscles shake and you moan. I would literally stagger out the sessions, afraid that the following day, I’d be unable to move. Yet I never felt in pain after a session.”

After the first Pilates session her Trainer promised her that she would be pain-free. After years of pain and frustration, Anna burst into tears on the spot.

And he was right, she says: “After ten weeks, I am finally pain free. A bonus is that I have dropped a dress size and have stronger stomach muscles than in my twenties. This summer, I wore a bikini for the first time in a decade. Even better, I can now dance in high heels.”