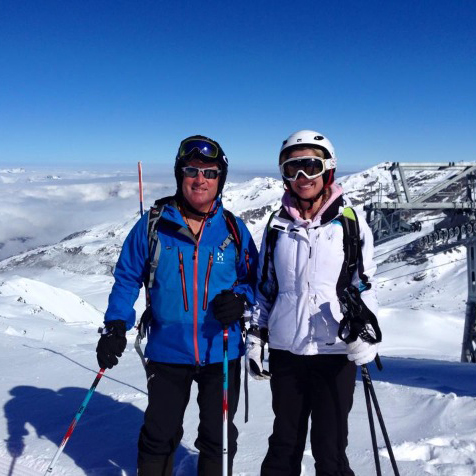 “I can't thank the team at TenPhysio enough. I would not be competing again if it weren't for them.”

Hollie Cope Jones is a fit and active 25-year old. A keen sportswoman, she’s a competitive show jumper, who also enjoys a range of sports and workouts, including crossfit, climbing, boxing, skiing and rowing.

In September 2014, she had a riding accident, sustaining a fracture of the upper lumbar spine.

Hollie’s Orthopaedic surgeon referred her to Ten for Physiotherapy. Once the fracture was stabilised, she was able to begin progressive controlled stretching, postural correction, mobilisations, soft tissue release and progressive core stabilisation exercises.

Initially, she was extremely restricted in her movements, in significant pain and was very weak. But over the course of 4 month she worked hard at her rehab programme in the clinic, gym and at home. And by February she was able to return to jumping, and was able to go skiing a month later.

“As soon as I started physiotherapy I felt like I was making progress,” she says.” It was frustrating at first as I had lost all my muscle strength and struggled with even basic exercises, but it was rewarding when, as the weeks went by, I was able to do the exercises quite easily.”

Hollie she has no day-to-day restrictions, has a cast iron core, excellent mobility and no major remaining pain.

More to the point, she has her life back: “Six months post fracture I am showjumping again. I’m also skiing and climbing. I can’t thank the team at TenPhysio enough, I would not be competing again if it weren’t for them. They were there to help and push me at every stage and I have learnt a lot from them through the process.”

As a prehabiltative measure, to ensure Hollie not only reaches all her goals, but also she doesn’t have lingering back pain, Hollie will continue with a truncated version of her programme and has taken up Pilates at Ten.