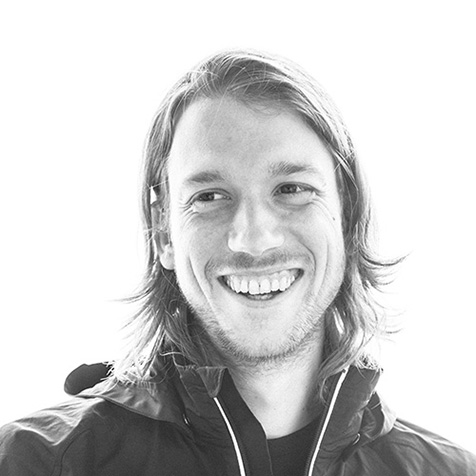 “At Ten, You will feel like you are going to be wrapped in swaddling. DO NOT BE FOOLED. You are about to have your arse handed to you. But rest assured. Your arse will be handed back to you in much better shape than when it got there.”

Tom North is a photographer. For most of his adult life he has also been an enthusiastic gym-dodger and exercise avoider, with a running history largely limited to twice-weekly 15 minutes jogs round the park whilst trying not to pass out.

The problem was that he had signed himself up for the London Marathon, with 16 weeks to get ready.

He had set himself two goals. First, not to have a heart attack. And second, to run 26.2 miles at a sustained pace and within 4 hours.

Quite sensibly, Tom decided that his best chance of success lay in following a pre-existing Marathon training plan. He also decided that given his exercise history (or lack of), he’d take a prehabilitative approach to his training, and sought help from Ten and its Circle of Care.

Ten’s Circle of care is ideally (and as far as we know) uniquely suited to the holistic, multi-disciplinary approach that Prehab requires. Unlike the traditional fitness industry model, Ten’s Trainers and Therapists work seamlessly together to share expertise, insights and client information.

So following Tom’s initial assessment (surprisingly good flexibility, but unsurprisingly weak glutes and all-over body strength) we agreed that he would need the following:

Gait analysis confirmed that Tom is wearing the right running shoes and insoles for his his pronation (essential if he was to last the training programme, let alone the marathon). However it also showed that his running style was inefficient. He was wasting too much energy bouncing up and down when he ran, his hips weren’t straight (a function of his weak glutes) his stride was too slow, too narrow and too long, his arms were underused, and his posture too ‘slouchy’.

Like many men, Tom arrived at his first class with the impression that that Pilates would be posturally beneficial, but more of a glorified stretch than an actual workout. He was right about the postural benefits, but after an hour of burning muscles and profuse sweating (and to be fair, some useful stretches to maintain muscle length and recovery) began to rethink his views on the workout element.

A few weeks on, his core and glute strength had improved significantly, along with his muscular endurance and control, he’s standing taller, and he’s able to perform more complex and demanding moves. In recognition of his improved ability and fitness, he’s moved to a more advanced class.

He’s already seeing the difference of improving both his running technique and his glute strength and stability. He is less tired after long runs, his interval training speed is increased and much more consistent across the high intensity bursts.

Sports Massages have helped reduced muscle soreness and tightness post-workout and enabled him to keep to a demanding training schedule (4-5 runs and 3 Pilates sessions per week).

Since writing this, we’re delighted to announce that Tom successfully completed his marathon. He finished in a time of 3 hours 57 minutes, according to his watch, but 4 hours 3 minutes according to the official marathon timer.

Tom is particularly miffed by this, and claims that it’s purely because he was unable to keep to the race line and so had to run further than the official marathon distance.

Determined to reclaim his missing 6 minutes, Tom has already signed up for his next marathon, and remains a regular at Ten, where we continue to correct his initial impression of Pilates and make sure that his muscles burn and shake, and that he still sweats as profusely as he did on day 1. We’re nice like that.