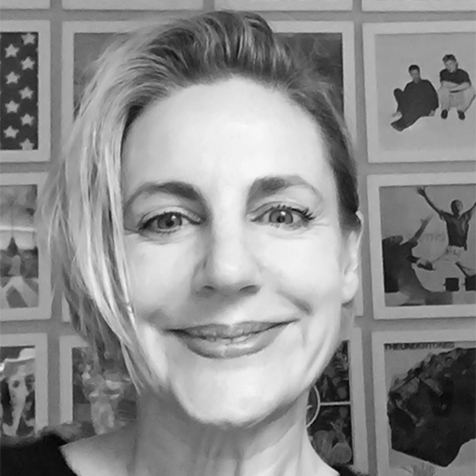 “The way that I move in general has changed - standing up, sitting and even the way that I walk. ‘Engage the core’ will stay with me forever!”

Tracey Stephenson runs a small company based in Birmingham. Her job requires lots of travelling and as she puts it: “way too much sitting down”.

The real problem for her started with a foot operation over 2 years ago. Over time, this caused all her major joints to go out of alignment culminating in chromic sciatica. (In her words; “a slow journey to hell over 2 years”.)

She had spent over 18 months trying unsuccessfully to resolve the problem, with a combination of Physio, Pilates and Yoga. Tracey explains: “The sessions helped tremendously, but I did not deal with the underlying issues caused by the foot operation until I was forced to by the chronic sciatica, and I literally couldn’t get out of bed one day.”

Tracey was advised to start her rehab with some PT sessions, booking in with Master Trainer Peter Clerkin. Peter reviewed her notes with the Physio and prepared a session for her with modifications that would not aggravate the injuries and limitations of movement she was experiencing. However, when she arrived and began with the warm up phase of the session, he realised the extent of the pain that she was in.

Peter says: “From that moment on I realized that I had to tread very carefully and delve deeper into the symptoms and pain Tracey was experiencing”

Peter continues: ”After the initial session I asked Tracey to provide a detailed list of the back issues that she had been experiencing from her Consultant Neuroradiologist. From this I could see that there was a myriad of issues that Tracey had, related to different parts of the spine. I consulted with the studio Physiotherapist about the best way to approach the sessions going forward and to gain a better understanding of the limitations of all of the injuries.

I decided to devise the sessions so that the focus was on activation of the deep tissue core muscle, postural muscles of the back and the stabilising muscles around the pelvis and hips. After assessing Tracey’s movement patterns, I also decided to include exercises to strengthen the calf and foot muscles, as the foot injury was the initial cause of her problems.

Within a couple of months Tracey’s core strength and muscle activation had improved dramatically, as had her leg strength. Peter gave her at-home exercises for the third month, as business commitments made it difficult to get to the Studio. But after a final checkout session at the end of the month, Peter was happy that she was ready to resume exercising as normal – for her, a combination of Pilates and Yoga classes.

In short, Tracey has her life back. Though now with new levels of body awareness: “I feel so much better. My sciatica has completely gone away. I went back to basics in classics – both yoga and Pilates – and pretended that it was the first time that I had done each class. I learnt so much from doing this and I think I am a much better student as a result. And the way that I move in general has changed, too. Standing up, siting and even the way that I walk – I have a greater awareness in these positions. Peter’s mantra of ‘engage core’ will stay with me forever. I would heartily recommend him to anyone.”