Gearing up for the party season 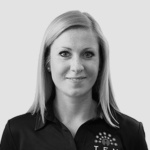 Millennials are increasingly known for their sensible approach to partying, and so for those of us whose party fuel of choice is a bowl of tuna poké and a glass or two of kombucha … congratulations. You’re all set for an evening of healthy fun, and an admirably early and sparkly-eyed start in the morning.

For everyone else however, this is the time of year when the healthy habits we’ve been so good about all year can go out of the window, and it’s hard (OK, near impossible) to resist the lure of guess-the-flavour canapés, mince pies, and budget prosecco. (Not to mention the shots we absolutely promised ourselves we’d stay away from.)

So how to party a little more, well, enthusiastically, and still be fresh(ish) for that 8am class the next day? Ten’s Master Trainer Erica Foulds shares a few of her top tips.

I could say stick to water. But I won’t – it is Christmas after all. But if if you are going to have a few drinks in the evening make sure you drink plenty of water during the day. And a couple more glasses before you go to bed won’t hurt, either.

And when you do drink, choose your poison carefully. Cocktails – particularly ‘novelty’ ones with daft names – are often full of calorie-laden syrups and liqueurs. (Not to mention the highly un-festive hangover that’s the almost inevitable result of mixing your drinks, even if they’re all in the same drink.)

Clear spirits still pack the required punch but are much lower in calories – a gin or vodka and slimline tonic slips in under 60 calories. Wine – including bubbly – is around 80 calories a glass.

If there’s a boozy evening ahead, eat first. Start with a proper breakfast – it’s the most important meal of the day (porridge with chopped bananas is my slow-release carb of choice this time of year).

Try to eat before you go out, too. A fibre/ protein balance will slow down your digestion of carbs keeping you fuller for longer. And more importantly – at least given my idea of a great night out – it means more energy for dancing.

Wholewheat pasta with chicken or tuna is a great pre-party option, and if you don’t have time to cook then go for a seedy wholemeal bloomer sandwich with the above.

Failing that, eat the canapés at the party. Really. Just make sure you get there early and hoover up the healthier ones. They’ll help you avoid the munchie-driven late-night dash to the kebab shop.

Like you’ll need much encouragement. A night busting out your best moves is great exercise; you can easily burn off 150 calories in half an hour – and that’s me just getting warmed up!

And if you’re going to wear heels, counter-intuitively, the higher the better. That way, you’ll work your calves a lot more. If they’re pointy rather than a wedge, you’ll need far more core control as they have a very limited base of support – so they’ll make your abs work harder, too.

So get out there and enjoy the festivities, and remember; everything in moderation. Especially excess. 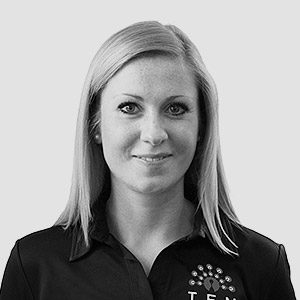 From a classical ballet background, Master Trainer Erica has a passion for, and extensive experience in, technique-driven exercise. Having worked as a Rehabilitation Therapist for those having suffered serious injuries, Erica has an in-depth understanding of the benefits of functional exercise and has a strong belief that a healthy body is the first step to total wellbeing.