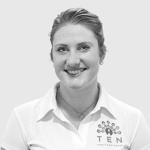 Increasing range and freedom of movement is a goal of many gym programmes. With current research questioning the benefits of stretching programmes, foam rolling and other forms of myofascial self-release have become a popular alternative.

Research shows that foam rolling prior to exercise results in a short-term increase in muscle range of movement (ROM) but doesn’t affect strength or power. Foam rolling after exercise can reduce DOMS intensity and may slightly diminish post exercise fatigue (1).

But, as we all know, foam rolling hurts! And if we are going to put the body through some pain, we need to make sure we know why we’re doing it.

What exactly does – and doesn’t – foam rolling do?

There are many theories why foam rolling is beneficial. Its effects on trigger points and breakdown of adhesions/scar tissue are – at best – still in question. The load required to produce these tissues changes has been shown to be much greater than a foam roller can apply. Inadequate load also refutes the theory that foam rolling prompts the nervous system to relax muscles in an attempt to reduce tissue injury/tearing under the stretch. Even if foam rolling does initiate this reflex, the response has been shown to subside almost immediately after the force has been released (2).

Current theory why foam rolling is beneficial before and after training is its ability to activate the body’s pain modulating systems (2). The pressure provided by a foal roller is thought to overload the tissue’s pain receptors, eventually minimising the central nervous system (CNS) pain perception and increasing stretch tolerance. An example of this CNS effect is shown when foam rolling only one leg post exercise reduces the experience of DOMS in both legs (3).

Debate remains ongoing but the current consensus is that improvements in range of movement after foam rolling are predominantly a result of changes to the nervous system rather than to the tissue itself. This helps us understand why these benefits are so short lived, as these neuromuscular effects start to diminish as soon as the input is ceased.

Why foam rolling needs to be to be painful to be effective.

If we are overloading receptors and causing pain habituation, we need adequate load and time for this to happen (4). Which is why foam rolling should be completed for 1-3 sets of 30-120 seconds, with a maximum tolerable pressure applied along the length of the muscle, to be effective. (‘Maximum tolerable pressure’ = ‘it’s going to hurt’.)

So how should we use it in practice?

First, timing is key. Having a full body foam rolling session before exercise will be of minimal benefit, as by the time exercise starts the effects are already significantly diminished in the areas rolled first compared to those rolled last. It’s much more beneficial to spend some time on one or two muscle groups immediately prior to exercising that area, then return to the foam roller to prepare the next muscle group you’re going to be working.

And secondly, foam rolling needs to be used in conjunction with strength training in order to produce any long-term changes in the tissue. After foam rolling, these tissues need to be used and strengthened through their new ROM. By calming the CNS through rolling and then working into these ranges, we can teach it that it is safe to allow more movement in the future.

As an example, if we foam roll through the hamstrings and gluteal muscles then progress to some Romanian Deadlifts, we work those muscles eccentrically through their full range then require them to produce power from that lengthened position. Developing strength in this new range will teach the central nervous system to be more trusting of this position and over time allow freer movement into it.

Though foam rolling is painful, it is a time-efficient method of increasing ROM and decreasing DOMS through CNS pain modulation. However, used in isolation these effects are short lived and will not result in prolonged changes or increased performance unless coupled with a well-designed strength and conditioning programme.

This article reproduced by kind permission of Fitpro magazine