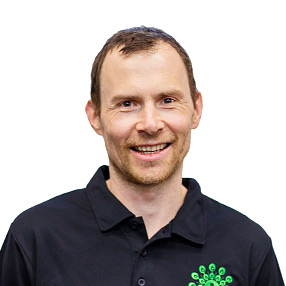 Originally from Sydney, Scott came to the UK in 2001 and hasn’t looked back since, spending time working in leading financial institutions and law firms in both London and New York. As a keen sporting enthusiast, Scott was drawn initially to the reformer (he’s been attending classes at Ten since 2008). He still practices regularly – to which he accredits his ability to ski at a high level every year on some of the Aps’ most challenging slopes.

Scott discovered Yoga in 2012, initially as a way of coping with the stress of working in a senior position for a large financial institution in London. Yoga soon became an integral part of Scott’s life, and he credits his weekly yoga practice for helping him manage his stress levels and sleep better during those years.

In 2017, he went on to complete his yoga teacher training with Nico Luce, who effortlessly infuses yoga philosophy, alignment and anatomy into his classes, which continues to inspire Scott’s teaching style today. He went on to complete studies in Yoga for Sports with Jim Harrington, understanding the key movements and imbalances that certain sports such as running and skiing create, and how to design yoga classes to address them.

Scott’s classes offer a dynamic vinyasa yoga, emphasising steadiness and flow. He combines an abiding passion for yoga with a focus on precise alignment and clear cues in his teachings, aiming to help his students perform better both on and off the mat. His classes will leave his students in a confident and relaxed space.

Scott also believes that it is in the moment between the in-breath and out-breath where the transformation through yoga takes place – encouraging students to move and go deeper into the practice.

When he is not teaching or practising yoga, as a Cancerian you can find him in the pool enjoying some much needed down time, carving up the slopes of Chamonix in the winter or slavishly following Everton football club (much to his frequent disappointment).